You could organise a film showing which explores the topic of violence against women and have a discussion afterwards. Some suggestions (all of these links go to the Love Film website where you can read more about the films):

What’s Love Got to Do With It?

Starring Angela Basset, this inspiring film is based on the true story of music legend Tina Turner’s years living with her abusive husband, Svengali Ike, and her eventual escape from the violent relationship.

Starring Whoopie Goldberg, Oprah, and Danny Glover, this film tells the story of Celie, a poor black woman growing up in the rural United Statesin the 1930s, who is abused and impregnated both by the man who she thinks is her father and later by her husband. The film shows Celie’s strength to endure, make bonds with other women, and forgive.

Starring Jennifer Lopez, Enough is a film about a young waitress who marries a man, only to find out that he is abusive and cheating. After he threatens to kill her, cuts her off financially, and she find out that the police can’t help, Slim flees and tries to protect herself and her daughter.

Starring Farrah Fawcett, this movie is based on the true story of Francine Hughes, a battered woman who killed her abusive husband and then was prosecuted for murder- raises questions about self-defence and violence when people feel that they cannot find protection from abuse.

Sleeping with the Enemy

Starring Julia Roberts, this film tells the story of a young woman named Laura who is trying to get away from her abusive husband only to find that she can’t seem to escape him.

Starring Susan Sarandon and Geena Davis, the movie tells the story of two average women, both the victims of abuse, who hit the road after Louise kills the man who almost rapes Thelma; it is a classic, Academy- award winning story of escape, redemption, friendship, and violence.

Joesy, played by Charlize Theron, is a formerly abused woman who works in the iron mines of Minnesota and faces sexual harassment every day. Based on the real court case Jenson v. Eveleth Taconite Company, the film shows Josey fighting against the unfair treatment she faces, and in doing so, changing sexual harassment laws in the United States forever.

Based on the true story of a transgender man who was raped and killedafter two men found out he had female genitalia and was born a woman, the film starring Hillary Swank and Chloe Sevigny deals with issues of sexual identity and sexual violence.

Jennifer Lopez plays an investigative journalist reporting on the serial killings of women in Ciudad Juarez, on Mexico’s border with the United States. 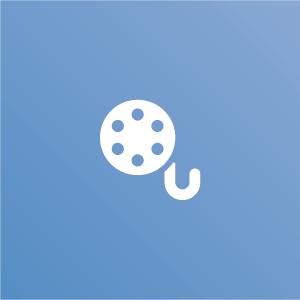