“Millions of women and girls around the world are assaulted, beaten, raped, mutilated or even murdered in what constitutes appalling violations of their human rights. We must fundamentally challenge the culture of discrimination that allows violence to continue.”

“I call on men and boys everywhere to join us. Break the silence. When you witness violence against women and girls, do not sit back. Act. Advocate. Unite to change the practices and attitudes that incite, perpetrate and condone this violence. Violence against women and girls will not be eradicated until all of us – men and boys – refuse to tolerate it.”  UN Secretary-General Ban Ki-moon 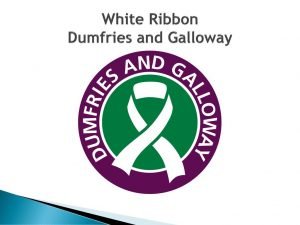 In Scotland, 79% of all domestic abuse cases reported to the Police (39,483) involve a man abusing a woman. The Scottish Government estimates that 1 in 5 women in Scotland will suffer some form of abuse in their lifetime; this means that more than 500,000 women in the current population will be affected.

This is a pattern that we can see all over the world where 1 in 3 women suffer physical or sexual violence from a man; this figure translates as 1,000,000,000 women worldwide.

This cannot continue to be an issue only for women to campaign on…this is a men’s issue too.
Join us and sign your pledge and contribute to make a fairer and safer world for our daughters, nieces, sisters, granddaughters and girlfriends!